Created at the very beginning of the 20th Century: a pioneer of global business 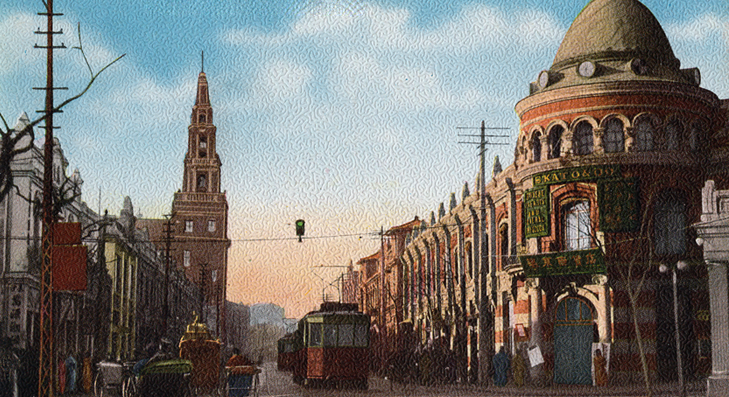 In 1901, right at the outset of the 20th Century, S. KATO & CO. was established in Osaka, Japan. The company’s main business was trade with China, with a Japanese domestic base located in Osaka and branch offices opened in the Chinese cities of Dalian, Mukden and Hsinking. It was one of the few companies of the time to carry out global business.
Thereafter, its overseas assets were lost at the end of the Second World War despite the business having expanded, but the import business was resumed in 1951 when private trade was restarted. 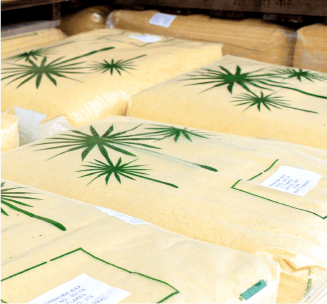 As S. KATO & CO. entered a second phase centered on private trade in the postwar period, we gradually started to focus our attention on the potential of wax as a commodity. Potential was sensed not only in the versatility of wax, but also because it does not in any production process have a bad effect on the environment. In 1964, S. KATO & CO. entered its third phase focusing on the wax business as it entered into the Japanese exclusive distributor agreement with South Africa’s Sasol Chem.
In 1967, the subsidiary company Nippon Wax Co., Ltd. was established to enable in-house manufacturing of wax, and thus wax business was developed in earnest.

Corporate culture cultivated over the course of a century: tradition of pursuing quality and innovative pursuit of technology 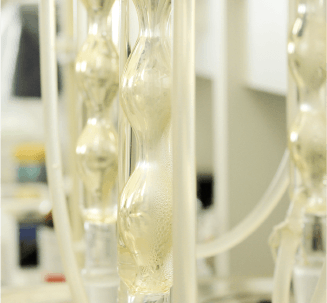 In its more than 100-year-long business of trading various raw materials, S. KATO & CO. has even handled foods and raw materials that come into contact with people’s skin. Within that history, we have cultivated a tradition of thoroughly pursuing safety. That tradition lives on not only in S. KATO & CO.’s trading business, but also in Nippon Wax’s wax refining and processing sites.
Also, in the half-century since the foundation of Nippon Wax, we have single-mindedly pursued technological strength and development strength in wax manufacturing in order to meet the various needs of our customers. While guarding this tradition of pursuing quality, we have also cultivated an ethos of continuous diligent effort to improve our technological strength.

Further expanding the potential of wax 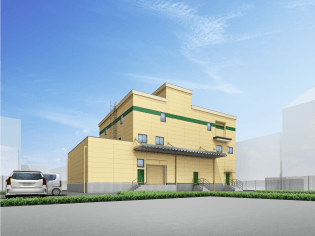 Wax is even said to have been used in mummies in ancient Egypt. It has played an important role in the history of humankind since ancient times. Its usefulness remains the same today; in fact, the potential and demand is only expanding.
In order to meet such rapidly expanding needs, we are working to augment our production facilities, enrich our research institution and develop capable personnel so as to further increase our production output as well as to develop and research new uses for wax.

Taking as its motif a world map using the Mollweide projection, the S. KATO & CO. logo is set in a corporate color of ecological green, representing the company’s identity as a pioneering global corporation. In 2017, the logo (which had been used for many years) was modernized and the logotype was also updated.

As a company whose mission is refining and processing wax, and which was created to work with wax, “W”, the first letter of "wax", has been incorporated into the logo since the company was founded. Also, by setting as a corporate color the red derived from the Japanese flag, this represents the corporate identity of “Nippon”, which is also part of our corporate name. In 2017, on welcoming in the 50th anniversary year of the company’s founding, the logo was modernized and the logotype was updated together with those of S. KATO & CO.